A project of States Newsroom
News

Republican gubernatorial nominee Tudor Dixon appeared briefly to make a campaign speech and did not participate in the “America First Agenda” town hall afterward, but Hernandez did.

The panel discussion in Clarkston was largely dominated by Chad Wolf, the former acting secretary of the U.S. Department of Homeland Security (DHS) who has been interviewed by the House Jan. 6 committee that’s investigating the events surrounding the attack at the U.S. Capitol seeking to keep Trump in power. Wolf is now the executive director of the nonprofit think tank America First Policy Institute (AFPI) that is headed by other former key Trump administration officials.

The event was organized by America First Works, a dark money pro-Trump group that formed after Trump won the presidency in 2016 and is allied with AFPI.

To kick off the town hall focused on bringing back Trump-era policies and getting Republicans back into power, Dixon gave a stump speech criticizing her opponent, Democratic Gov. Gretchen Whitmer, and focused on anti-LGBTQ+ issues, education, crime and the economy.

“[Whitmer] has used her agencies and weaponized them against our businesses. She has used them to go in and cite and fine and shut down. Our businesses tell  me they feel like the enemy of the state,” Dixon said in reference to Whitmer’s early actions to contain the COVID-19 pandemic where a handful of businesses that refused to follow health orders were temporarily shuttered. 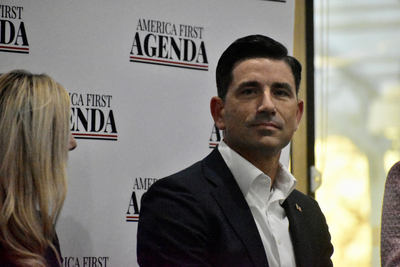 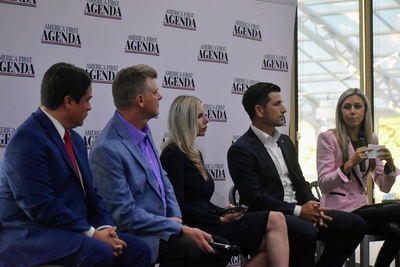 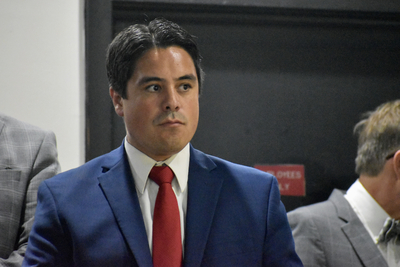 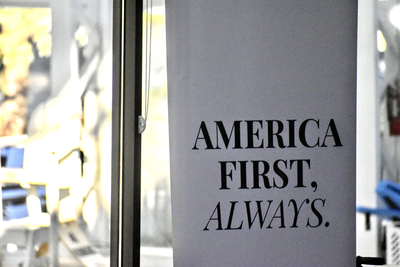 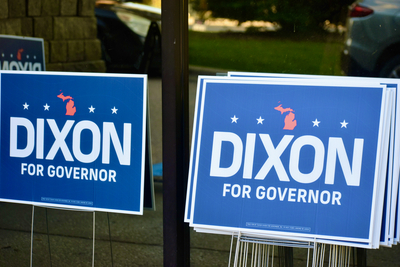 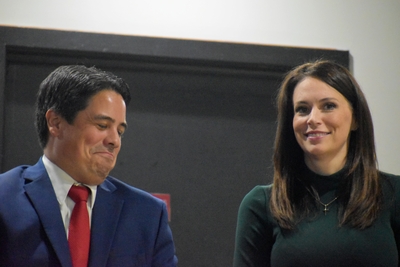 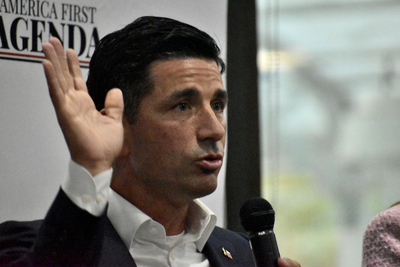 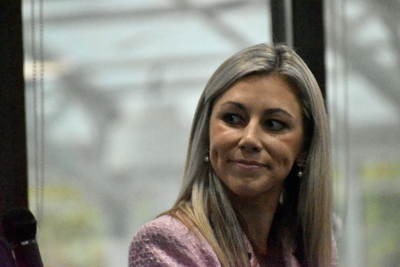 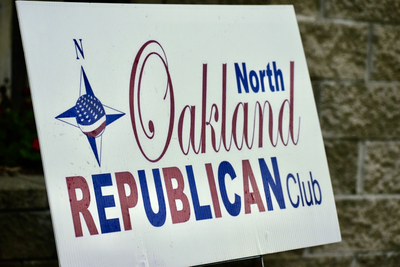 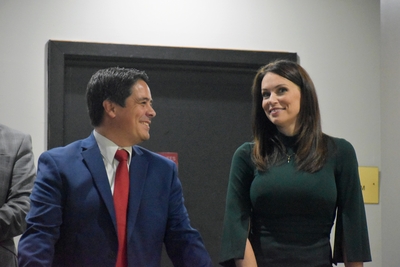 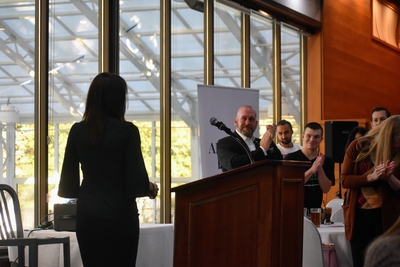 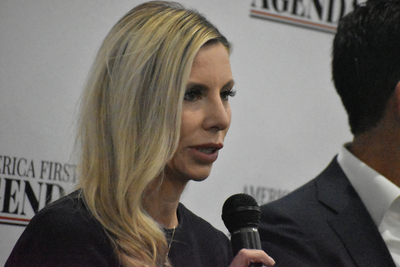 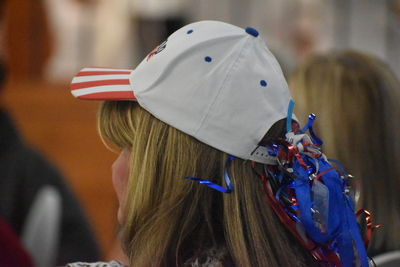 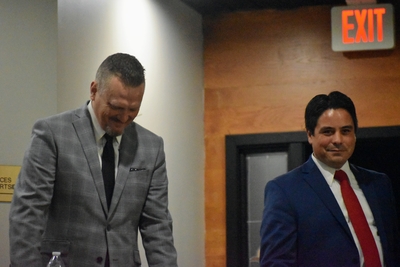 Last week, Dixon compared Whitmer’s record on business as governor to the 2020 militia-linked kidnapping and assassination plot against her, drawing rebukes from Democrats and others.

“The sad thing is that Gretchen will tie your hands, put a gun to your head and ask if you’re ready to talk. For someone so worried about being kidnapped, Gretchen Whitmer sure is good at taking business hostage and holding it for ransom,” Dixon said at another Oakland County event with former Trump adviser Kellyanne Conway.

Anti-China sentiments were periodically brought up, including by Dixon.

“[Whitmer] will come out and tell you about a new battery factory that she’s bringing to the state of Michigan, and she’s offering a lot of taxpayer money to come here.

“They’re owned by the Chinese. A Chinese corporation in the state of Michigan,” Dixon said, to a smattering of “boos” from the audience.

Dixon’s comments reference a new supplemental spending plan, crafted with Whitmer and GOP legislative leaders, that would invest millions in economic development. That legislation includes funds that could benefit a California-based, lithium-ion battery manufacturer that’s a subsidiary of Chinese company Guoxuan High-Tech Co. for a site in West Michigan.

Whitmer’s predecessor, GOP former Gov. Rick Snyder, made nearly a dozen trips to China during his time in office to promote business relationships between Chinese business officials and Michigan. In all, he made 29 foreign investment missions as governor.

Despite Dixon’s repeated bashing of the bipartisan deal for supporting a “foreign” company, the GOP-led House and Senate passed the supplemental plan Wednesday night by wide margins. Whitmer is expected to sign both bills.

Trump will be in Macomb County Saturday for a rally featuring Dixon and the GOP ticket.

After Dixon left the stage, the discussion during the town hall with Hernandez, Wolf, Lotter, Cypher and Hayek initially centered around economic issues. Hernandez said inflation and other related issues are “out of control,” while Lotter blamed the Green New Deal, TikTok, young people not wanting to work and other variables for what he characterized as a less-than-favorable economic outlook.

Throughout the town hall, Wolf spoke out against the social safety net, student loan forgiveness, Democrats “demonizing” law enforcement, “rogue prosecutors,” reforms that have led to less of a crackdown on low-level offenses, President Joe Biden for “not enforcing the law” at the southern border, Democrats for not building Trump’s border wall and immigrant children, who he called “aliens,” for hurting schools.

Lansing, MI
To republish this story, visit the Michigan website

6:30am ET
Special to the Capital-Star
Louisiana

What’s next in the fight over regulating short-term rentals in Michigan?